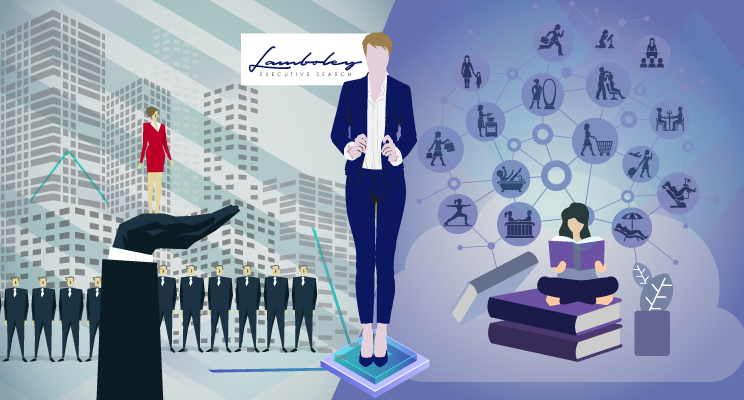 Women and their ambiguous relationship with power

Women have been fighting for equal rights for generations. The year 2018 marked a new moment for them. Luxembourg can pride itself in (nearly) closing gender pay gap and in revamping its parental leave. So, has Luxembourg succeeded in breaking the glass ceiling ? In this post, we’re examining the ambiguous relationship between women and power.

Only 19 % of female managers in Luxembourg

The fact that women had access to education later than men was often used to give a reason for glass ceiling, i.e. an invisible upper limit in corporations and other organisations, above which it is difficult or impossible for women to rise in the ranks. Yet, women are on average more educated than men nowadays. In this context, we might expect that things have changed.

The latest Eurostat study on the life of women and men in Europe shows that on average 34% of working women hold a managerial position in Europe. While France and Belgium have a similar average, Luxembourg has only 19% of women holding a managerial position. With such a low rate of women in leadership, we can’t help questioning the value of Luxembourg low gender pay gap, standing at 6%.

Despite family-friendly labour policies such as maternity leave, revamped parental leave, part-time work and home-based working, women are still under-represented in leadership. So what factors are at play?

While parental leave, in its new form, could allow both parents to find a balance, women remain under-represented in executive positions.

Today’s debate is about the reluctance of some women to hold these positions. This is all the more true for young women for whom the process of individuation and the control of their identity at work are paramount.

Case in  point: only 6% of millennials want to manage a team and 69% of them want to develop individual skills as a priority over managerial skills. The caricature of the business woman gives goosebumps. In common discourse, being a business woman means choosing between a family life and a career. In the past, a career meant being active for thirty years even if it meant skipping some life events such as motherhood. Yet, there is a major physiological difference between men and women. The new generation of women is no longer willing to make a choice.

Is it a man’s world?

Many corporate norms and rules have historically been based on male models. These include performance, availability and mobility. Such norms are likely to serve men. The masculine nature of corporate power also refers to the gendered nature of stereotypes associated with management. Men are supposed to have a direct and hierarchical management style whereas women are supposed to adopt a more participatory and cooperative management style. Such an argument is reductive and strengthens traditional stereotypes about women and men. Unfortunately, it is still a reality.In luxembourg, there’s only one female CEO in the top ten employers . Similarly, only one woman was in the 2018 top 10 most influential people in the Grand Duchy.

All in all, several indicators seem to converge towards the existence of male norms based on informal processes, networks, cooptation practices and selection criteria.

Women seeking to reach the highest positions still have to overcome obstacles, including prejudiced ideas and male norms. Surely, the path would be easier if companies could provide customised career management or membership in internal or external professional networks. Reaching gender equality may not be possible, but if private-owned employers played their part, the glass ceiling could at last become a myth.

Go further and read the Eurostat report The life of women and men in Europe: a statistical portrait

Sorry, the comment form is closed at this time.